One of the leading energy groups and a reliable supplier of energy and services for 1/4 of the country, with a 31% share of RES production in own production.

As a result of the investments carried out in 2018, nearly 56 thousand new customers, 5,322 km of high, medium and low voltage lines were built and modernized and connected to the 59 MW network of new RES sources.

number of recipients over

energy volume over
more than

lenght of the network

Letter from the CEO of ENERGA SA

The Energa Group closed 2018 with an EBITDA of nearly PLN 1.9 billion, a financial situation allowing for further investments and the title of RES leader among the main Polish energy companies. The reason for our satisfaction is that last year the Energa Group implemented the tasks included in the long-term development strategy on schedule, while building a basis for further projects.

The implementation of the optimal structure of the Energa Group has been completed, which has measurably translated into an increase in work efficiency and rationalisation of the manner in which financial resources are used. This was achieved, among others, by reducing the number of companies by half (from 44 to 22), implementing centralisation of the purchasing and IT processes or increasing the scope of tasks entrusted to the Group's employees, thus limiting the work of external subcontractors. 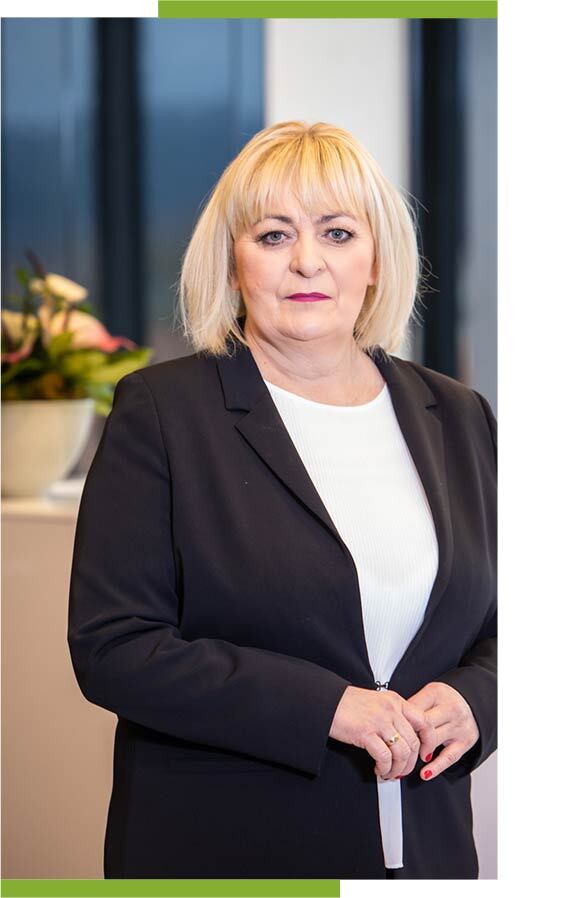 We implement the objectives of shareholders, customers, employees and the environment in a sustainable manner, based on reliable and modern infrastructure as well as tailor-made offer and service, respecting the environment and in accordance with the principles of social responsibility.

In order to strengthen the position of the Energa Group as an innovative customer-oriented energy group, the Strategy adopts two areas of business development and value creation, i.e. Infrastructure and Customer, under which the goals and strategic programs of the Energa Group have been set.